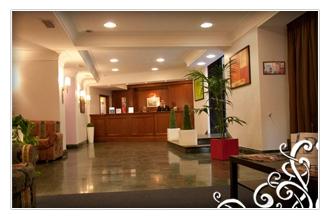 The HOTEL DELLE PROVINCE is a new four star opened in February 2000 in the south-east of Rome, near to the University City, the Policlinic and between the two railway stations Rome Termini and Rome Tiburtina.

From the hotel, only 400mt. there is underground station (line B) Piazza Bologna station, with only five stop is possible to arrive to the historical center of the city (Colosseo and/or Spanish Square).

Give us your Feedback